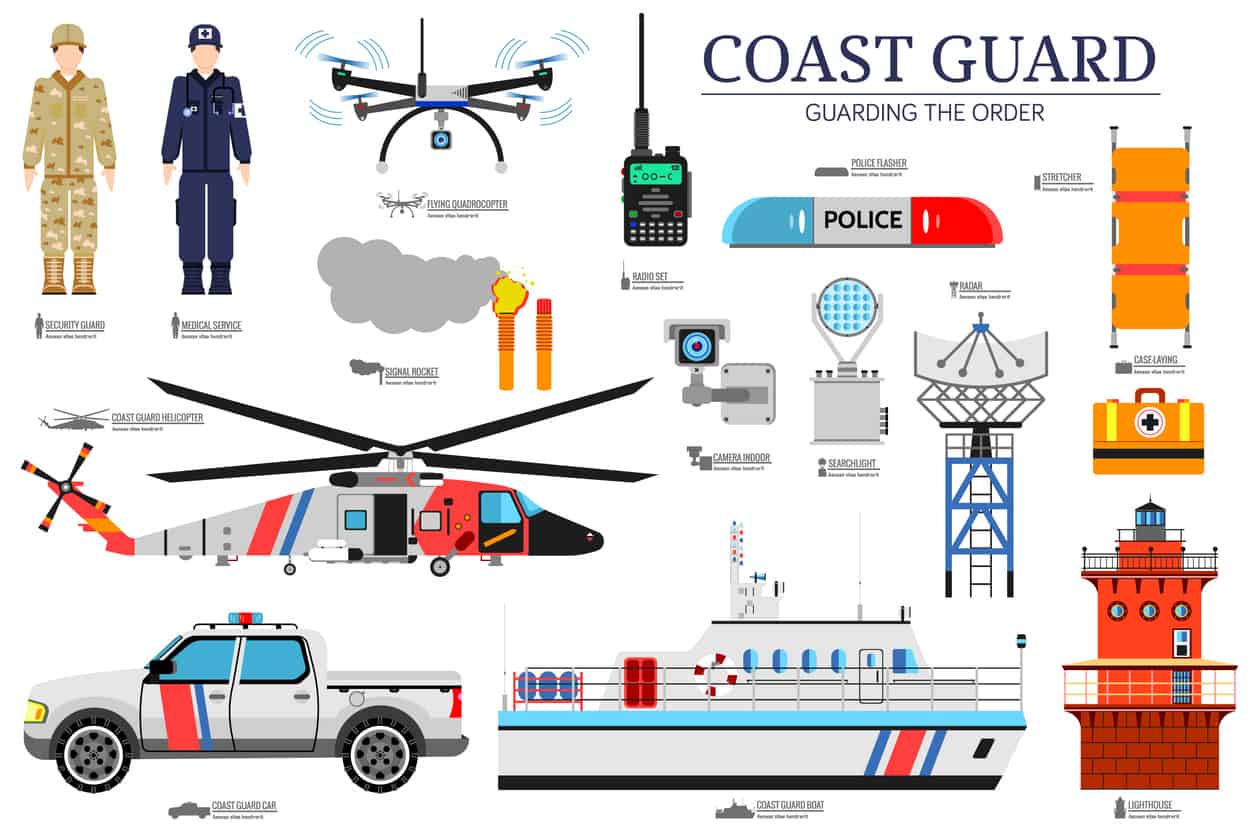 For those who dont know, the Coast Guard is an all important maritime first responder; “the principal Federal agency responsible for maritime safety, security, and environmental stewardship in U.S. ports and waterways”.

The Coast Guards are one of the five Armed Services of the United States, and the only military branch within the Department of Homeland Security. In addition to its role as an Armed Service, the Coast Guard is a first responder and humanitarian service that provides aid to people in distress or impacted by natural and man-made disasters whether at sea or ashore. The Coast Guard is a member of the Intelligence Community, and is a law enforcement and regulatory agency with broad legal authorities associated with maritime transportation, hazardous materials shipping, bridge administration, oil spill response, pilotage, and vessel construction and operation.

Coast Guard Day is mainly an internal event, however we feel that such is the importance of the work that is carried out byt he Coast Guard, more should be done to thank, honor and celebrate them. It is celebrated primarily by Coast Guardsmen, both active duty and reserve, as well as retirees, civilian employees, dependants, and auxiliarists. Coast Guard units across the country organize picnics and sport competitions. So why not show your appreciation for those people involved and the service they provide and support any local events that may take place, or simply educate others about the work they do?