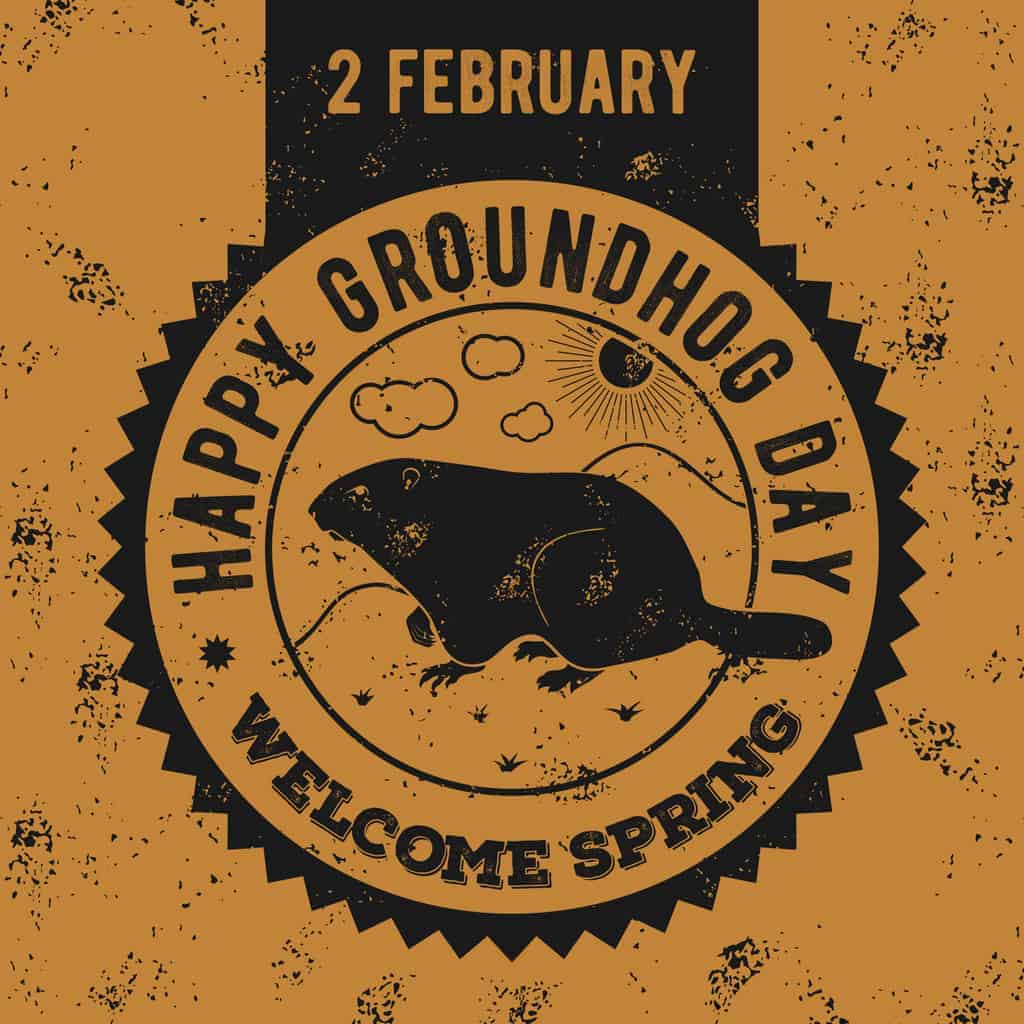 February 2 is Groundhog Day in the USA and Canada. Everyone watches the groundhog emerge from its burrow hoping that it will predict the coming of the spring.

According to folklore, if groundhog emerges from its burrow on a cloudy day, the spring will come early. If it’s sunny, the groundhog will see its shadow and come back into its burrow which means that the cold winter weather will persist for 6 more weeks.

Groundhog Day has a pagan origin. There is a pagan festival of Imbolc celebrated on February 1 that included weather prediction. On this day people were watching if serpents or badgers came from their winter burrows.

This festival developed into a German tradition to predict weather watchihg the behavior of badgers. Early German immigrants brought their tradition to the U.S. but there were no badgers, so they were substituted with groundhogs.

The largest Groundhog Day celebration is held in Pennsylvania. There are different customs, social events and speeches. The festival begins early in the morning when people gather to watch the groundhog emerge from its burrow.