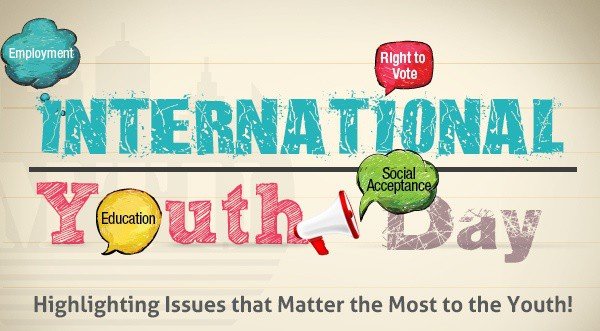 Just when you thought that Universal Children’s Day would be enough for the UN, think again: it also runs International Youth Day, which focuses on tweens and teens and their place in society. It’s not just to protect them, but to include them in the development of communities around the world, whether they’re rich or poor.

Among the focal areas for youth development and protection with this UN initiative include education, employment, the environment, delinquency, girls and young women, HIV/AIDS and intergenerational relations. These were officially decided upon in 1995, the tenth anniversary of the International Year of the Youth.

International Youth Day is held each year on the 12th of August and is an initiative that celebrates the qualities of young people and that recognises the challenges that today’s youth can face.

International Youth Day began in 2000 and was organised by the United Nations to celebrate the contribution that young people make in education, employment, conflict resolution and social justice to name a few.

For information on the theme of International Youth Day 2019 keep an eye on the United Nations website for updates.