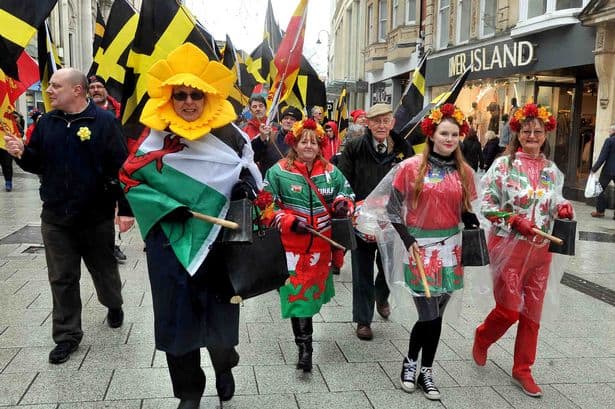 March kicks off in style with St David’s Day, when Welsh people across the world but mainly in Wales, naturally celebrate their fantastic heritage under the banner of their national saint. David’s greatest miracle was creating a hill under his feet where he spoke about God, though otherwise, he was quite a humble man, to the point where he advocated that monks pulled the plough (and not cows), and only had bread and water as part of their diet.

So sure, St David might not be seen in the same party atmosphere as St Patrick, who somewhat steals his thunder with his own day later in the month, but Glastonbury Abbey yes, in that Glastonbury was founded by St David. But before you decide that the saint-based party night of the year ought to be moved out of fairness and respect, St David refrained from drinking beer