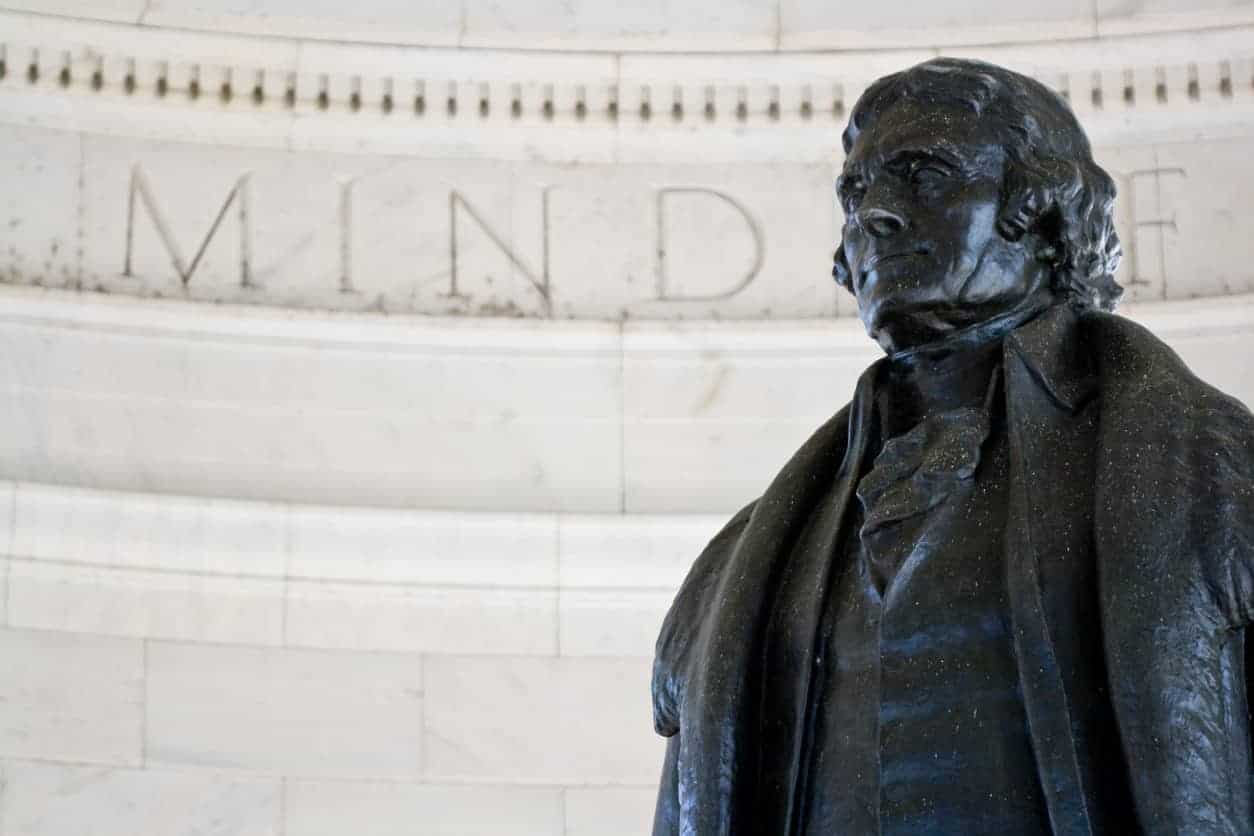 April 13 is Thomas Jefferson’s Birthday, the third President of the USA. He is considered as an American Founding Father and the author of the Declaration of Independence. Thomas Jefferson was born on April 13, 1743. He had a prominent career as a politician.

He was a spokesman for democracy, represented Virginia in the Continental Congress, embraced the position of Governor of Virginia, served as the U.S. Minister to France and was the United States Secretary of State.

Perhaps Jefferson’s most famous and biggest achievement was his contribution to the Declaration of Independence, being the principal author, proclaiming all 13 colonies to be independent sovereign states no longer governed by the British Empire.

During Jefferson’s presidency, he slashed military expenditures, cut the budget, and eliminated the tax on whiskey, while simultaneously reducing the national debt by over 30%.  Thomas Jefferson died in 1826 at the age of 83. Jefferson served his country for over 50 years of his life as a public official, historian, and philosopher.

Whilst Jefferson is widely considered to be one of the worlds most liberal politicians and achieved much change and improvement in the lives of Americans throughout his life, he has also come under scrutiny due to his dependace upon slavery and his beliefs that American Society remain a white mans domain.  Clearly this contradiction of character and ideology has caused many to question his liberal beliefs and subsequently turned Jefferson into a paradoxical hero.

A much documented and commented upon life (even appearing in hit musical Hamilton!), one thing that Thomas Jeffersons time on this earth did leave us with, were the many inspiring and philisophical quotes; this being one of our favourites.

“We hold these truths to be self-evident: that all men are created equal; that they are endowed by their Creator with certain unalienable rights; that among these are life, liberty, and the pursuit of happiness.”

Love him or loathe him, we definitely think he has a point don’t you?