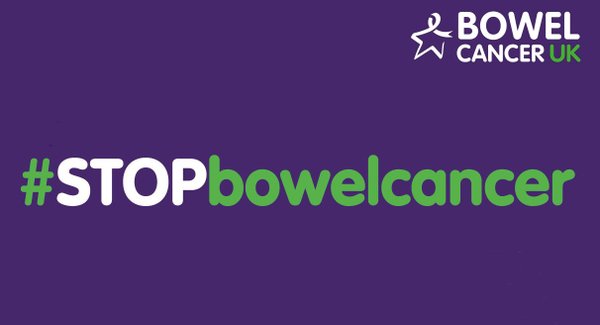 April’s Bowel Cancer Awareness Month is a fantastic annual event set aside to increase awareness of bowel cancer and raise funds towards treating this condition. It is driven by various charitable organisations including the Beating Bowel Cancer and Bowel Cancer UK, who have merged with the main aim of ensuring that there would be no victim of Bowel Cancer by 2050.

Just to mention, Bowel Cancer is the second biggest UK’s killer cancer. This shouldn’t be the case since it is treatable and curable, especially when diagnosed at an early stage. Early diagnosis for Bowel Cancer and any other type of cancer saves lives. This is the reason why April has been set aside to educate the public and raise awareness of Bowel Cancer symptoms.

Some of the common symptoms of bowel cancer include:

How to be involved;
You can get involved in this campaign through various ways. The first way is for you as an individual to learn about the symptoms of bowel cancer. This will be the starting point, from which you can spread the word. If you have suffered from this condition before, you can also share your story to help encourage support those facing bowel cancers.

The other way is by making donations for research and lifesaving works aimed at stopping bowel cancer.