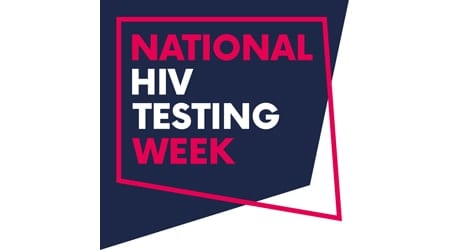 In the UK, the combination prevention approach to HIV has led to a substantial decline in HIV diagnoses for the first time.

NHTW 2018 utilised the successful Give HIV the finger‚creative, building on the existing recognition of the previous year’s campaign. The key messages promoted the ease, convenience and accessibility of HIV testing. Targeted social media advertising and outdoor promotion in high prevalence areas helped to promote the campaign. In addition, more than 1,300 press articles were generated.

We made free resources available to anyone working in HIV prevention in England which bolstered local activity and advertised additional HIV testing events or signposted people to services.

Stakeholders were asked to evaluate the campaign following the event:

98% of respondents will support NHTW 2019
98% agree NHTW is a valuable addition to their HIV prevention efforts
70% agree NHTW increased their organisation’s capacity to impact their community/clients
56% provided extra HIV testing opportunities for their communities.

Getting involved
We encourage stakeholders to do whatever is best for their local area and community including:

Ordering NHTW branded posters and resources for their services.
Organising additional local testing events in clinic and as part of outreach in community settings.
Registering testing events scheduled during the month of November through our online test finder‚tool. These events are then promoted to people at high risk via online promotion of the It Starts With Me where to test‚tool.