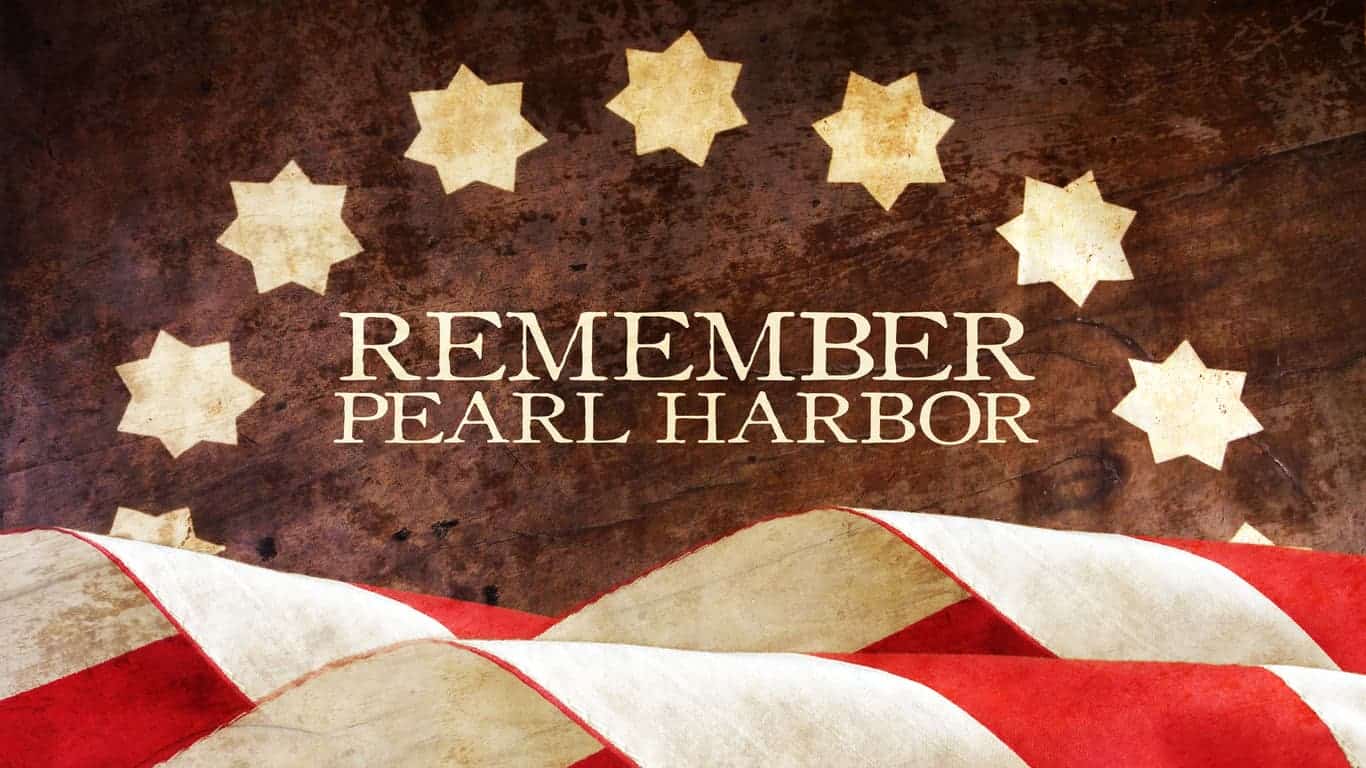 National Pearl Harbor Remembrance Day is an annual national observance in the United States. It is observed on December 7 to honor the victims of the attack on Pearl Harbor in 1941.

On December 7, 1941 aircraft of the Imperial Japanese Navy attacked the United States naval base at Pearl Harbor, Hawaii. Almost 2,500 military personnel were killed and more than 1,100 others were injured. Two U. S. Navy battleships were sunk. Five battleships, three destroyers, three cruisers, and one minelayer were destroyed.

Several hours after the attack on Pearl Harbor Canada became the first Western nation to declare war on Japan. On December 8, the United States followed the example of Canada and entered the Second World War.

National Pearl Harbor Remembrance Day was declared in 1944 by the United States Congress. It is not a federal holiday therefore schools, government offices and businesses don’t close but may organisations recognise the historical day and mark the occasion. The Flag of the U. S. is traditionally flown at half-mast in honor of those killed or injured during the attack. Special events are held in memory of patriots. Several memorials have been established to honor those who were killed or injured during the attack. They include the USS Arizona and the USS Utah memorials in Pearl Harbor.

Take some time today to remember those who lost their lives and the impact that the attack had on the history of our great nation.