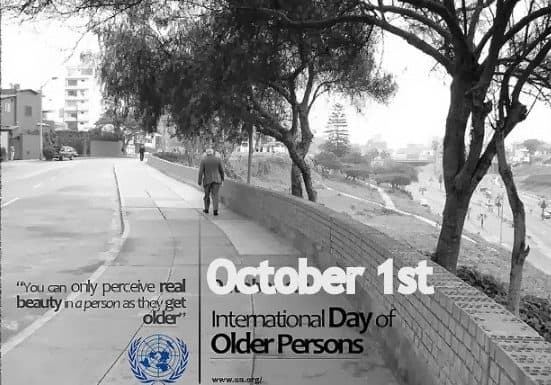 Celebrated Annually on October 1st International Day of Older Persons
Resolution 45/106, passed by the United Nations General Assembly on December 14th 1990, declared October 1st to be the International Day of Older Persons. The theme for the 2018 celebration is “Celebrating Older Human Rights champions”.
How do People Celebrate?
The day is a special one for older people and senior citizens around the world. You may find officials and politicians making speeches that focus on this growing section of the population, at this time of the year. The media will also take this as an opportunity to publish interviews. Many of which will be with older persons who have had an impact on society. Schools, public institutions and office buildings will also use the day for announcing activities that promote older persons.
The World Health Organisation
The WHO has been playing a significant role in celebrations, and actively promoting public awareness of the day. Discussions have been held relating to the ageing population, providing adequate health provisions, social care and volunteer work.
Various Initiatives Preceded the Resolution
There are currently around 700 million people over the age of 60. It is predicted that by 2050, this figure will have risen to 2 billion. These figures have prompted a lot of attention and various initiatives have been started to try and address the problems that will arise. For example, the Vienna Plan of Action on Ageing which was adopted in 1982. The United Nations Principles for Older Persons was adopted in 1991.