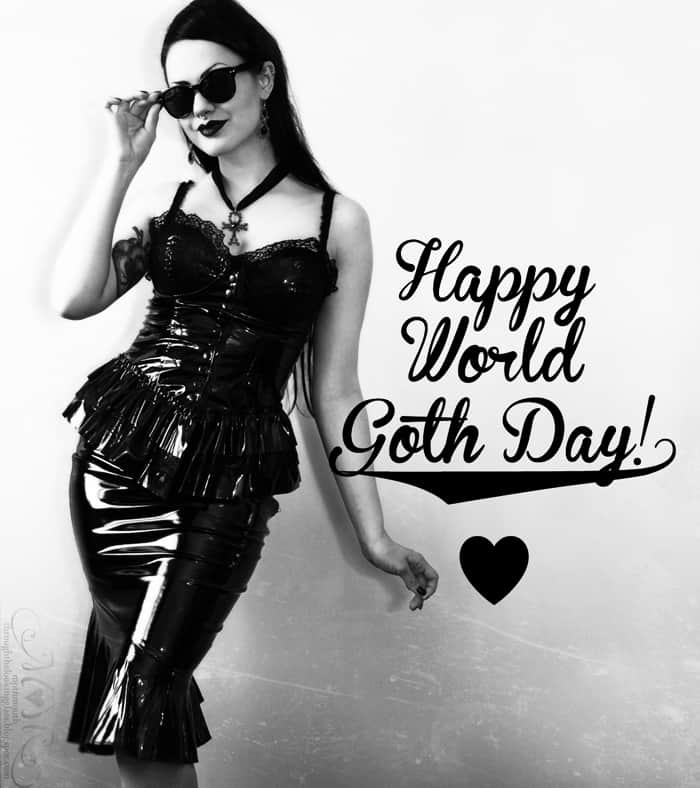 Whether you’re a full-blown cybergoth, a J-goth, gothabilly or anything in between, World Goth Day is there to celebrate you. It started out as Goth Day in the UK in 2009, but the following year, organisers pushed it out to salute goths all around the world.

It was accidentally engineered by DJ Cruel Britannia, who, despite noting that goths tend to shy away from the limelight, deserve a day to publicly embrace who they are. If you’ve gone to all that trouble to preserve what you believe is the ‘real you’, he says, don’t you think you owe it to yourself to shine for a day?

World Goth Day celebrates the sub cultural aspects of the Goth subculture. Aspects of the culture like fashion, music and art are celebrated by fashion shows, art exhibitions and music performance. Many of the events feature local Goth bands, and some have taken on a charity aspect with events in the UK and Australia supporting favoured charities like the UK Sophie Lancaster Foundation, a charity that tries to curb prejudice and hatred against subcultures.

The event has evolved to be now celebrated by goths all around the world, including the UK, USA, Canada, Australia, Singapore, Brazil, Mexico, Spain, Macendonia and South Africa.