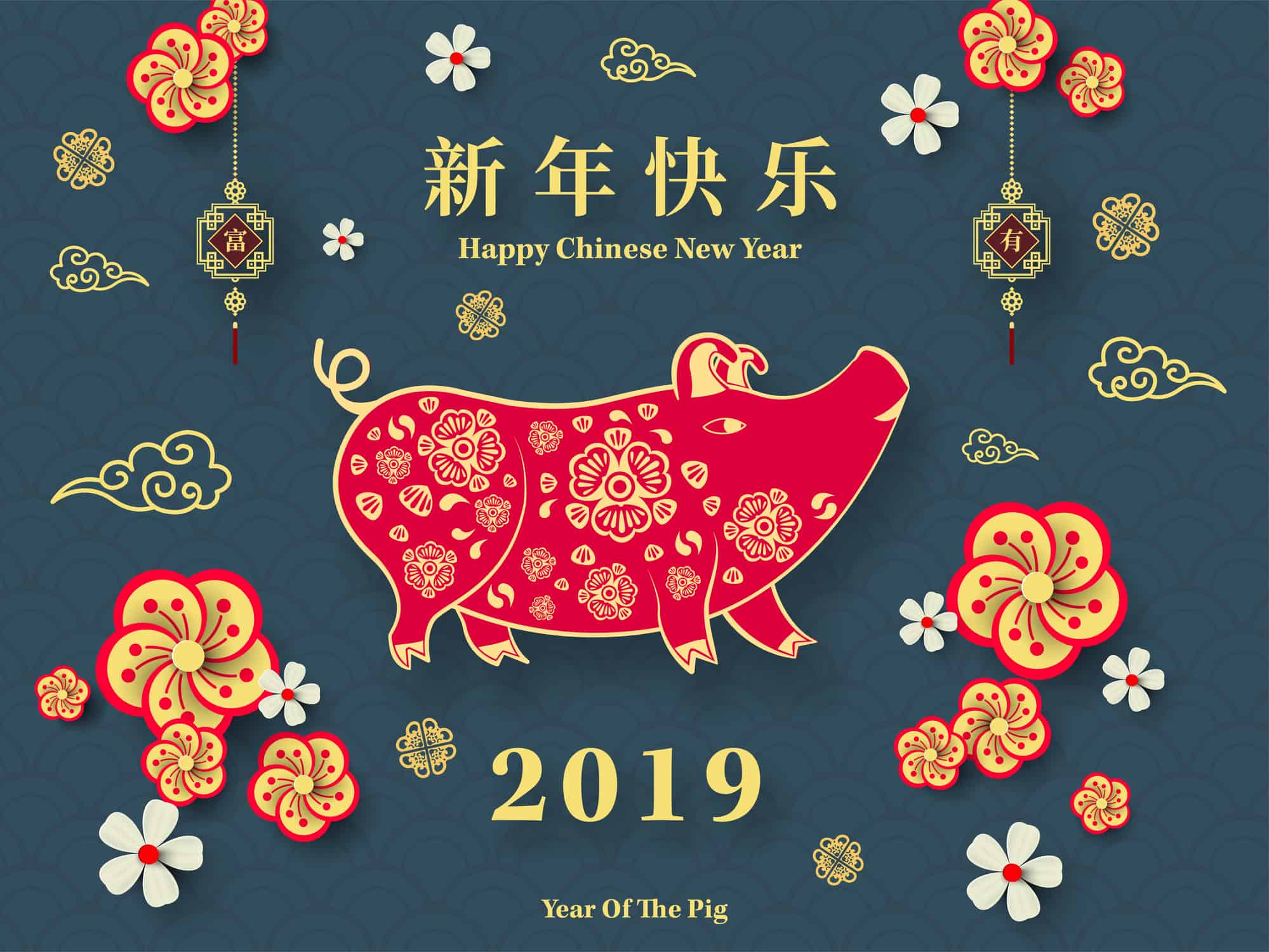 Chinese New Year, also known as the “Spring Festival” (simplified Chinese: 春节; traditional Chinese: 春節; Pinyin: Chūn Jié) in modern China, is an important Chinese festival celebrated at the turn of the traditional lunisolar Chinese calendar. Celebrations traditionally run from the evening preceding the first day, to the Lantern Festival on the 15th day of the first calendar month. The first day of the New Year falls on the new moon between 21 Jan and 20 Feb.

According to the Chinese 12-year animal zodiac cycle, the Chinese year beginning in 2019 is the year of the Pig. Each Chinese zodiac year begins on Chinese New Year’s Day.

The New Year festival is centuries old and gains significance because of several myths and customs. Traditionally, the festival was a time to honour deities as well as ancestors. Chinese New Year is celebrated in countries and territories with significant Chinese populations, including Mainland China, Hong Kong, Macau, Singapore, Taiwan, Indonesia, Malaysia, Thailand, Vietnam, Cambodia, Mauritius, Australia, and the Philippines. Chinese New Year is considered a major holiday for the Chinese and has had influence on the lunar new year celebrations of its geographic neighbours.

Within China, regional customs and traditions concerning the celebration of the Chinese New Year vary widely. Often, the evening preceding Chinese New Year’s Day is an occasion for Chinese families to gather for the annual reunion dinner. It is also traditional for every family to thoroughly clean the house, in order to sweep away any ill-fortune and to make way for incoming good luck. Windows and doors are decorated with red colour paper-cuts and couplets with popular themes of “good fortune” or “happiness”, “wealth”, and “longevity”. Other activities include lighting firecrackers and giving money in red paper envelopes. In about one third of the Mainland population, or 500 million Northerners, dumplings (especially those of vegetarian fillings) feature prominently in the meals celebrating the festival.